Could a song be 'invalid'? Do you think it's possible?

There were a lot of interesting comments on the vulgar/abstract lyrics thread and the Neitzsche discussion.

Here’s what I took away from all of that:

But many people watch reality TV competitions that we damn well know are reenacted and staged because the U.S. consumer market is obsessed with phony drama masquerading as ‘reality’. Being entertained (or amused) supersedes being informed.

Lets assume information can be false to such a degree that we declassified it as information and recategorized as satire fiction. The question: does it work the other way around? Is it possible in for a song (a collection of sounds and silences) to be so far from an expression of anything that it’s arguably NOT A SONG?

I’m not asking about ‘bad’ or ‘sucky’ music. Lets just grant that all sucky music that was created with the intention of being music shall be considered music for the purpose of this thread. I was thinking about the point at which we it would be ad-hoc to even consider a collection of sounds and silence to be music in the first place. Does the ‘validity’ of a song rest completely on the creators intent for it to be one?

to be so far from an expression of anything that it’s arguably NOT A SONG?

Like Morse code bleeps? It’s just raw data, but it can also evoke emotions, and could be considered music by some, even if it’s in no way meant to be that. You don’t even have to understand the data to get meaning from it.

I think if it’s presented as a song, it’s a song. Cage’s 4:33 is basically a way of presenting the ambient sounds in the venue as music.

What is a “song” and what is just “sounds” is a matter of judgement.

Some might consider birds chirping and singing to be a song. Same thing with whales, dolphins and many other animals. I consider those sounds to “not” be songs.

I’ve often thought that many styles and forms of Rap music are not music, but that might be my general dislike for that style. The lack of melody in the vocals and the sampled sounds contribute to my idea that Rap/ Hip Hop isn’t music…but that doesn’t apply to all Rap music. Melody is only part of the totality of what constitutes a “song”. Rhythm is also an important part of music , and Rap just like every other form of music, does include that. I think the criteria necessary to judge a sound or group of sounds to be a song is rather low. Writing a song is extremely easy and simple. Writing a really good song requires skill.

Do any of you IRD people consider drum solos to be songs ?
I don’t know if I would consider a pure drum solo to be a song, but I can see how it can be considered a song. It’s got rhythm but it lacks solid melody…unless you have percussive instruments that are tuned to create a melody. Led Zeppelin’s Moby Dick, I would consider to be a song but mostly because of the intro and end where the guitar and bass are playing a melody. It’s not my ideal version of a song, though.

Traditionally, a “song” is something meant to be sung by the human voice. That definition has expanded obviously to include instrumentals, ambient music, noise, rap, whatever. So yeah, anything can be a song if you want it to be, or if someone hears it that way.

I used to have this one fishing spot on a shipping channel off the ocean. Huge tankers would creep by while I sat on the shore waiting for the fish to bite. I could hear the rhythm in their engines. Sometimes the seagulls yammering away behind the giant ships would time their screeches with the engine. I know it’s just a coincidence of random sounds, but it could, at times, almost sound like a song.

hmmm this is a bit like ‘what is art?’

But having said that, I often find it interesting to re-explore these notions…

A song, for me, is a voiced thing… however the voices may be almost a universal construct… standing outside at night listening to the unheard thrum of the universe, the pulse of the stars, the bright of the moon., the dreamery of endless space… Sometimes the unsung songs of human suffering and endurance are almost deafening to me… which I guess makes no sort of sense to most!

Does the ‘validity’ of a song rest completely on the creators intent for it to be one?

I don’t think there can be an answer to this question, however interesting… it is too open-ended for me.
But it did remind me of this great philosophical nugget: 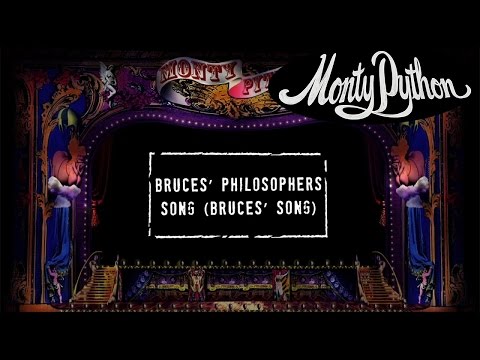 Is it possible that the intent of the writer is really the only criteria? There’s no question that the audience can get left behind by the composition, but if the writer considers it a song, it is a song. The fact that the song doesn’t conform to any formulas or standard formats can make it unlistenable, but it starts, it stops, and to the writer there was a purpose to it.
As a teenager, I had a real hard time getting into jazz. I would get lost 2 minutes into a piano composition because there was no repetition in the chord structure. Did that invalidate it as a song, or did my lack of experience not allow me to be led where the composer wanted me to go?
Is Norwegian invalid as a language because I don’t speak it?

Traditionally, a “song” is something meant to be sung by the human voice.

I like that definition. To me a song has lyrical, melodic and rhythmic content. Those ‘lyrics’ don’t necessarily need to be words, but can also be other vocalizations. Of course, you can push the limits of the definition to consider an atonal ‘song’ with a ‘melody’ of one note… but if it also has no rhythmic content is it still a ‘song’?

On the other hand, an instrumental is music with melodic and rhythmic content but without lyrical / vocal content. Technically, it doesn’t qualify as a ‘song’… but it certainly is music.

When any kind of ‘music’ gets to where it is completely lacking in melodic content… does it still qualify as music or has it just become sound / noise? Listening to an engine running is not ‘music’. It certainly may be rhythmic, but without melodic content it’s just sound.

We mis-apply the term ‘song’ to every piece of music because it’s convenient.

I think if it’s presented as a song, it’s a song.

I’m totally onboard with this being a theatrical performance. But I would question what specifically qualifies 4:33 as being presented as a song? I have mixed thoughts about the 180 bars of rests at 60 bpm (or whatever the actual score calculates out to).

Cage’s 4:33 is basically a way of presenting the ambient sounds in the venue as music.

?? I always thought Cage was making a statement which challenges the notions of what a song is. The question would be if he’s presenting ambience vs assuming that there is pre-existing ambience independent of the x number bars of rests which the pianist and orchestra are supposed to present.

If I’m not mistaken there’s an actual score… I’ve never actually looked at, but if I remember, I thought someone conducted the orchestra through those measures of empty rests.

“They missed the point. There’s no such thing as silence. What they thought was silence, because they didn’t know how to listen, was full of accidental sounds. You could hear the wind stirring outside during the first movement. During the second, raindrops began pattering the roof, and during the third the people themselves made all kinds of interesting sounds as they talked or walked out.”
— John Cage speaking about the premiere of 4′33

"The so-called First Tacet Edition : a typewritten score, lists the three movements using Roman numbers, with the word “TACET” underneath each. A note by Cage describes the first performance and mentions that “the work may be performed by any instrumentalist or combination of instrumentalists and last any length of time.”

This is a recreation, apparently the actual first score is lost.

“They missed the point. There’s no such thing as silence. What they thought was silence, because they didn’t know how to listen, was full of accidental sounds. You could hear the wind stirring outside during the first movement. During the second, raindrops began pattering the roof, and during the third the people themselves made all kinds of interesting sounds as they talked or walked out.”
— John Cage speaking about the premiere of 4′33

Aaaah! I stand corrected. Interesting - thanks for sharing!

If a tree falls in a forest and no one is around to hear it, does that mean my illegal logging business is a success?

If a tree falls in the woods does it hit a squatting bear?

If a tree falls in the forest (of its own accord) is it ok to take it home, dry it out, chop it up, and make it into a guitar?

Depends on what kind of tree it was

If a tree falls in the forest (of its own accord) is it ok to take it home, dry it out, chop it up, and make it into a guitar?

I remember one of our lecturers played it for us at the start of a class. Thing is, he was a bit of a nervous person and didn’t announce what he was doing, so we all watched him sit for a bit, stand up, lift the lid of the piano, sit down, hold his hands over the keys, tremble a bit, stand up, put the lid back down on the piano, sit for a bit longer, then stand up and bow.

We all thought he’d lost his mind.

Actually an interesting philosophical question for us audio geeks. Obviously sound is nothing more than moving air waves. If we (and that’s including most animals) didn’t have ears (including the internal hearing apparatus and brain) to ‘hear’ these fast changes in air pressure, would you still call it ‘sound’? What if we could only ‘hear’ with a microphone, translating the signal to a frequency graph? We could then only see air waves. We might call it ‘sight’ insted of ‘sound’! So my conclusion is: airwaves exist whether there’s any one to observe them or not, but the question is if ‘sound’ is that what you ‘hear’ or is it just an other name for ‘airwaves’? I would say ‘sound’ is always connected to what we hear. Just to prove my point: sound which our ears can’t hear is called ‘ultrasound’. So if evolution had not caused the develepment of hearing, then indeed there would be no sound of a falling tree.