I see all these apps like Datuner etc for phones. What about for windows??

Sing into a guitar tuner

lol. I am looking for something a little slicker than that. There are many phone apps that show the pitch that u sang etc but i want something similar for windows

ReaTune if you use REAPER as a DAW. If not I recommend it.

ReaTune if you use REAPER as a DAW. If not I recommend it.

lol. I need something small and simple. I love reaper but I aint trying to have Reaper open just to figure out some notes lol

I have podfarm, and it is also standalone as well as vst. you can open it, plug in mic, and click tuner.

So you’re trying to figure out what note you are singing, rather than trying to sing a particular note?

You could use a good old fashioned pitch pipe, like millions of singers have for decades.

That’s if you’re trying to sing a particular note. It’s not free of course, unless you jump a college vocal major coming out of class and steal theirs.

Better to try to aim the gun, than search for spent bullets?

as a singer we generally want to increase our range…generally in the upward direction. So I just want to see what top note I am squeaking out

yes, I already have 13 dozen ways to play, say, a G note for reference. But I want something to tell me what note I AM singing.

its the vocal equivalent of measuring your vertical jump

for instance u can see in this image what we r talking about. Goes beyond just a simple pitch pipe 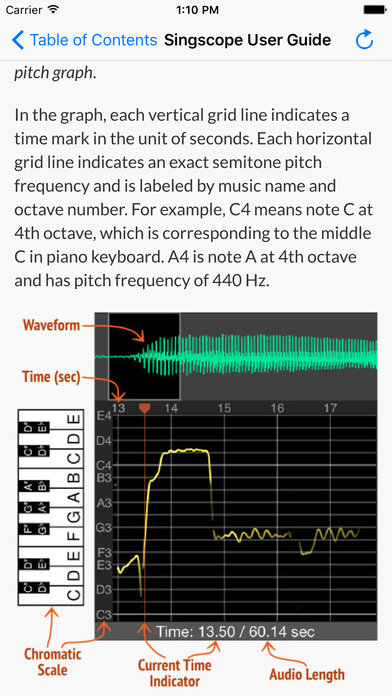 I did find a little ghetto one but it doesnt hold the note etc, u have to try to eyeball it while u hitting the note lol

as a singer we generally want to increase our range…generally in the upward direction. So I just want to see what top note I am squeaking out

yes, I already have 13 dozen ways to play, say, a G note for reference. But I want something to tell me what note I AM singing

In that case, recording your voice in Reaper and then using ReaTune could be helpful. You should see graphic representations of the notes. Melodyne is better IMO, but Reaper is essentially free as well as ReaTune. That Samboo thing is kind of interesting, I was able to hold a note and it showed me where it was. Part of the challenge of that is being able to truly “hold” a note. It’s not easy and requires lots of practice and discipline (typically). I don’t know where you are in your vocal/singing journey, but if you’re really interested in finding and extending your range, it’s worth spending time with any analysis tools that work and seeing what you can do. One of those is the ability to hold and sustain a note accurately for, say, 5-10 seconds or more without significant wavering. Only some vibrato or +/- 18 cents fluctuation. If you can do that you can zero in and don’t need the graphics so much.

Really, for what you’re trying to accomplish, the classic method would be to use piano or pitch pipe and start at the lower end of your range and move up the scale. Focus on one note at a time, then move to the next note when you have successfully held that note for the 5-10 seconds. Go slowly and carefully, be very disciplined and mindful, and don’t have a goal or expectation … just move through the scale (i.e. chromatic) and see what happens. You should have a lower range, a “crossover” (the voice may break, between the chest voice and head voice), and a higher range. When you can no longer reach or hold a note without straining, or hold it for 5-10 seconds, you’re probably beyond your current range. With practice and intention (but not pushing) the range can usually be extended. If holding a note steady is difficult for you (breath control), you can try trilling with la-la-la-la-la but focus on keeping that same note steady and consistent.

I ended up going with VoceVista for the moment. I had heard of it but forgot.

The free version is “ok”. Im not sure what ll the paid version would do.

It shows the fundamental of the note and u hover the cursor and it shows u the pitch in Hz which u then have to convert into the note name. Maybe the paid version shows u the actual note?? dunno. I guess if I use this enough ill memorize the hz to note conversions lol

Shows u the note and the harmonics etc. 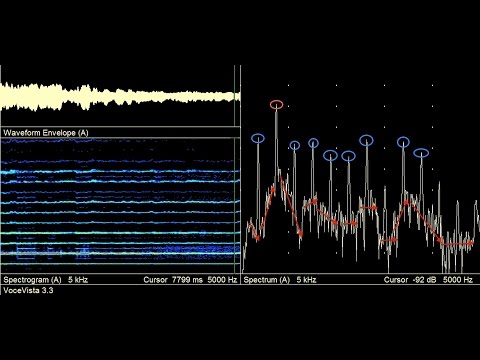 I ended up going with VoceVista for the moment. I had heard of it but forgot.

The free version is “ok”. Im not sure what ll the paid version would do.

Where did you find the free version? Their site only shows paid versions, no demo’s or anything.

have no clue, dude sent it to me lol. I never gave it a thought, assumed it was a free version. Seeing as he is a young dude he may have got it off of pirate bay or something lol