Anybody want to swap out my vocals for theirs?

Hey guys, I made this video today, and I unfortunately, my crappy singing is more distracting than helpful. I figured I’d hit you guys up before going to facebook.

Is there anyone that would be willing to sing this 15 second long song with the couple of harmony parts so I can make a less distracting demo? I would be happy to give some free plugins for helping out.

I have no preference for male or female.

I will be redoing this video with the new vocals and putting it up on the product page. A good video of mine only gets about 4000 views, so don’t expect this to kickstart any sort of career.

The mic doesn’t have to be anything special. I think most people would be embarrassed about the mic I used in on mine, so use whatever you have as long as there isn’t tons of noise or too much room sound. In fact, feel free to get right up on the mic.

Any takers? I would assume it would take longer to export the tracks than it would to actually record them.

I can probably do it, but I’d need a week. Possibly could get it done this weekend. I’ll get you the definitive answer tomorrow. If I do it tomorrow I’d use an SM-57, if I do it on the weekend I’d use a C-12 or a C-1.

Haha. Instead of Susan or John, you should say Susan or Sean. lol.

How about “Susan or Boz”?

I give permission to whoever does it to pick the names

I’ll go with Marco and Ron, representing Marco Rubio and Ronald Reagan. It’s deep social commentary on a level that will have listeners in awe of not only your EQ, but the topical lyrics that will be forever immortalized in the Library of Congress as an artifact of the neoliberal age. Laissez-faire in lyrical content, but Keynesian in mixing as you don’t believe the invisible hand of the mixing market will make this best song, some user intervention is required. Just as a point of clarity, I detest both of those politicians.

Let me know how it goes, I can also help you out if needed. I have an sm58.

@bozmillar Would you like me to do it? I can do it today. (Here’s my SoundCloud for vocal samples: https://soundcloud.com/rileyhawke)

@Cristina ooh. I’d love that. I’ll get you the back track as soon as I can.

If you need the raw vocal tracks I made to pick out the melodies, I can upload those too, or you can do your own melodies if that’s easier.

Just as a heads up to everyone, @cristina did it and it turned out better than I could have ever expected.

You guys are a laugh lol, BTW I think @Cristina does justice.

Sweet voice. Like it. Wonder how it would sound much slower? 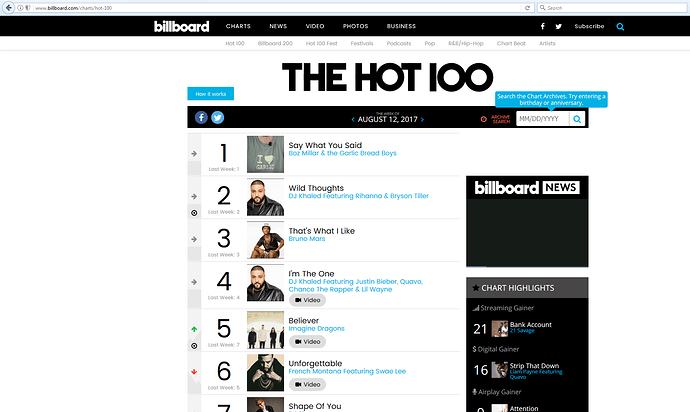 I give permission to whoever does it to pick the names.

Ha! I can tell you’re taken aback by the seemingly ridiculous and petty responses about changing the names. I came here to formally request @Cristina to help us with our Rush Style song. She’s the only woman I know on here besides @Emma, and she told me to shove it up me bum.

I came here to formally request @Cristina to help us with our Rush Style song. She’s the only woman I know on here besides @Emma, and she told me to shove it up me bum.

Want to send me the song in a PM and I’ll check it out? I’ve been taking singing lessons and exploring different styles so it could be fun.