Reaper just quietly keeps getting more awesome with each update. The latest version has added the “delta solo” feature. This one is pretty groundbreaking IMO: 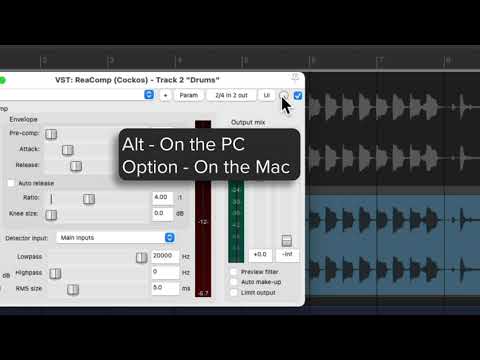 Yes, Reaper is awesome! The frequency of updates and the relevancy of new features is truly impressive, especially when comparing to much more expensive DAWs.

I saw that but didn’t check the Delta Solo out yet, thanks for the post/thread on it. I have been missing the usual community dialog around Reaper updates. I did notice the new ReaLimit brickwall limiter and played with it a little bit. Nothing fancy in terms of GUI, of course, but it seemed pretty functional which is what really counts.

Not to derail the thread, but that made me think of my ‘emulation’ of Judas Priest’s “The Ripper” (about Jack, of course). It wasn’t karaoke, I was singing along with the original vocal to test my vocal skills. It’s some years old, but something I can usually do well, as Rob Halford has been my vocal Metal God for years.

My vocal is on the right side on my system, and a bit louder than the original (which you should be able to hear at lesser volume on the left side). This is just a clip from the intro:
.

.
That does give me a song idea for Halloween though … “The Reaper”.

(trying desperately to keep the thread on topic)

STM I’m sitting here grinning. There was alot goin on in there in those 30 seconds. Reiminds me when, as a teen, I had my first flesh flash and then she ran off…we need MORE …speaking of hyjacking the thread… here is one of mine

Here’s the full thing. My vocal is dryish compared to the original song, but I’m pretty happy with the performance overall. Vocal gymnastics, fun stuff.
.

here is one of mine

That’s cool, I like it. It has an Alice Cooper vibe to it, similar to your Creepy Clown song.

Man this is fun. There is so much going on it’s hard to simultaneously comment. The vox on one side is sure diff, but works. I love those off notes on the guitar tracks. What a scream. too lazy to check the freq with my acoustic, but it’s up there. I hear no bass. Like to know if you have one in there, because I think I have been tracking my bass stuff way too heavy. this track was a blast…goin nighty nighty…later dude

The vox on one side is sure diff, but works. I love those off notes on the guitar tracks. What a scream. too lazy to check the freq with my acoustic, but it’s up there. I hear no bass.

So, the track is the original song by Judas Priest, not something I recorded, other than my vocal layered over it and panned to the right side. So guitar notes and bass etc are the original song, but may be skewed with my vocal added on the one side.

Usually, when I want to do a cover version of a song, first I will take the original song on a track and pan it to the left a bit (20-30%), and then practice with my vocals or whatever instrument on another track panned right about the same amount. This is just for practice, to see if I could even do the song justice with a full production of a cover.

I believe the vocal belting screams are an E5 note, as Rob goes there frequently, and it fits with the song key. Not sure on this one, but I have found that one note is where I can go and resonate with him pretty well. He does it on a lot of songs.

The latest version has added the “delta solo” feature. This one is pretty groundbreaking IMO:

This is cool, maybe useful. I use Boz T-Bone often to add highs or lows, but this might be better in many situations. I will play around with it and see.