Ah! This video W**ms the Cockles of my Heart!

… For all who remember RecordingReview.com fondly - I’m sure Brandon is smiling somewhere: 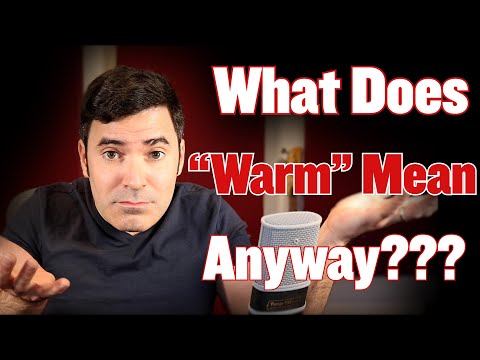 Hi Andrew,
Yes Brandon would have liked this! I did anyway. I posted this reply on You Tube:

Great video! In my day job I do quite a lot of work in standardisation in the construction sector. As you say, an architect needs to come up with a blue print that a builder can use to actually build a construction. And preferably one that doesn’t fall apart… Its a process of agreeing on definitions, and the secret is to agree on how to measure things. Now, in a creative industry like sound engineering it may not be a necessity (songs don’t collapse and kill you) or even good idea to achieve international standards for concepts like ‘warm’. What you need is a good understanding of what your client wants (and some idea of what he needs ;)). You need a good conversation and if ‘warm’ is a starting point, well let it be warm. Using references sounds like a good idea, as well as terms like ‘dark’ and ‘light’. What I’d like to add is that these will tend to be relative. ‘Warm’ in a bass guitar is probably not in the the same frequency range as ‘warm’ in a vocal or a high hat. So next to giving examples of reference mixes, it may help to reference individual instruments?
Another thing: I like your alternatives for ‘punchy’ (a term I’ve never been able to quite understand- I thought it was just me for a while…). In particular because the words you use more or less imply the sound! ‘Snap’ sort of implies a sound that has some high frequencies is the attack transient, a short mid frequency sustain and an abrupt release with perhaps a bit of a secondary transient? Is that what a snappy snare drum does? I’m only an amature engineer so I would be interested to hear what the pro’s think!

In particular because the words you use more or less imply the sound!

I thought the idea use onomatopoeia was a good one too

Props for the asterisks in the subject line!!

Yeah, I did wonder if it was a programed into this forum too!

Punchy is a term used in boxing that means “punch drunk”. When a fighter looks punchy, they appear to be dazed and lacking in coordination from repeated, prolonged blows to the head. Sometimes a fighter who’s had a long career in boxing will exhibit slurred speech and slower speech pattern. These guys are what we call “punchy”, “shot’, and they are high risk candidates for pugilistic dementia. In fact there is obvious signs of brain damage from their long personal history of repeatedly being punched in head. I’ve always wanted to compete in a professional boxing match but my awareness of the brain damage that is caused by even a single punch to the head has made me reconsider it every time I get the urge to join a fight club. I love the idea of the intense and brutal competition but I don’t like the idea of permanently hurting another person and I don’t want brain damage either. I’m also a little too old to be getting into such an intense and violence sport. I mean, I have way too many body aches already and I don’t have the energy and stamina that I had only a short time ago. Anyway, I’m sure not many people wanted to hear me go off on that tangent,

, but I’m just indulging myself here. Excuse my blabbering, please.

For me a punchy kick or snare would have an impactful sound.

Punchy is also the type of sound that you get when punching a heavy bag with boxing gloves, or bare fists. Sounds like a smack, or thud with some high end attack, but the sustain is somewhat brief.

Oh god, the guy in the video is right, it’s really difficult to find the appropriate words that we can universally agree on to describe some of these sounds.

Is Warm is to Audio like Cockles is to Heart?

Just saying, the significance of the expression eludes my knowledge base.

It looks like after 10:00 he addresses better words. But at 17:00 he also admits “There are some things words can’t do.” 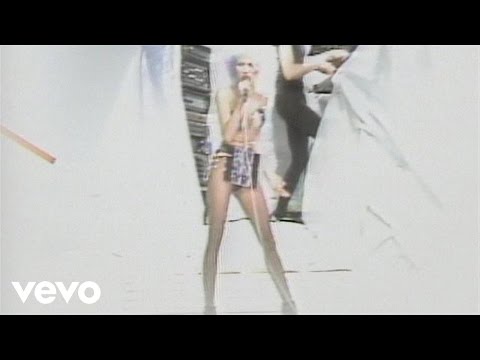 Is Warm is to Audio like Cockles is to Heart?

the significance of the expression eludes my knowledge base

Not sure whether the wink is conveying sarcasm or not, but in any case, this may fill the knowledge gaps:

Not sure whether the wink is conveying sarcasm or not, but in any case, this may fill the knowledge gaps

Ah, thank you. No sarcasm intended. I literally did not understand the expression, and with the wink was conveying my assumption that other people may not get it either. At least Americans. I’m just guessing, but it looks like more of a British origin phrase, and therefore would make sense in Aussie culture also?

When I had looked it up, the definitions were “folds” and “marine bivalve mollusks”. Hence my confusion. The word and phrase have an interesting history, it’s just that it may be related to regional cultures IMO. The word seems to be best described as “chamber”.

There actually aren’t any “cockles” of your heart, but the term may come from the fact that the chambers of the heart resemble a mollusk’s shell, also called a cockle.

Under one popular theory, the phrase “cockles of your heart” is derived from the Latin description for the heart’s chambers, cochleae cordis. It is believed that the word “cockles” is a corrupted version of cochleae, most likely entering the popular vernacular as a form of slang.

Interesting that cochleae is plural for cochlea, the chamber in the ear that lets us hear w**m audio.

What are the Cockles of Your Heart? (with picture)

There needs to be a formal agreement drawn that gives a universal definition in mixing terminology, or we are destined to repeat misunderstandings for generations to come.
For instance “Muddy” as it pertains to bass would include: “overloaded in frequency response from 40 to 100hz with improperly applied compression.”
This would allow you to merely change the frequency range to define “Soupy” and various other sonic viscosities, such as “Oily”, “Greasy”, and “Sparkling”.
“Warm” could be given a less pejorative definition such as “Small but noticeable boosts in the 100hz to 400hz range with side chain compression with moderate attack times and skillful narrow cuts in the upper midrange, often employing subtle reverb.”
When the final definitions are agreed upon, all engineers and producers would solemnly agree to only use the definitions, although they would be encouraged to develop universal hand symbols to facilitate avoiding having to use the verbage.

When the final definitions are agreed upon, all engineers and producers would solemnly agree to only use the definitions, although they would be encouraged to develop universal hand symbols to facilitate avoiding having to use the verbage.

And for those just learning, they could have a Frequency Asked Questions (FAQ) section.

Boxing was my favorite sport during Ali’s heyday. I did the pay per view for the Thrilla in Manilla, and was throwing punches at the huge movie screen in the arena.
After that fight, he started really showing his age and got hit a lot more. Tyson was fun for a while, but Ali was a world figure, where Tyson was a thug. Not much to see in heavyweight boxing from then on for me.
Most people don’t understand the sport; the commitment physically and mentally is unbelievable, and you can get severely injured even being the best in the world.
People seem to have switched to Ultimate Fighting, which makes me wonder if we are living through the 2nd fall of the Roman Empire.

There needs to be a formal agreement drawn that gives a universal definition in mixing terminology, or we are destined to repeat misunderstandings for generations to come.

It’s hard to reduce a multi-dimensional measurement to a single word. Trying to convey how the relationships of frequencies along with their dynamics is affected by the arrangement is going to be nearly impossible. If someone can’t describe what they think the solution is, then I’ll just listen and see if I can hear what they are saying. If I can’t, then cool.

I’m mostly just goofing around, of course, but if you could send out a survey to 2000 of the top mixing engineers that asked them for recorded examples of what they felt exemplified “warm”, “punchy”, “muddy”, et cetera, you might be able to come up with a common library, and from there study the engineering techniques that were employed to achieve the sounds. Then you could use those techniques to exemplify the words we attach to them so that apples and oranges could be separated. We will probably never get more than one or two layers in, but it might be interesting.
If it sounds good, it is good.

Sounds like work suited for an AI algorithm. In the meantime, I have to figure out how to write a song that doesn’t suck.