I’ve got a couple of cables for plugging in my guitars to amp/interface; they’re Monster brand, and I paid about US$20 each for them a couple of years ago. They’re both starting to get crackly and buzzy, and it won’t be long before they’re no longer usable.

How much does one have to spend to get a good cable that won’t deteriorate like this in so short a time? Or is this normal? What brands would you recommend? I’m OK with spending a bit of money on something that is good and that will last. Thanks!

(And just to pre-empt, I don’t have the ability to try to repair these with solder or whatever… lack the tools, workspace, and skill to do so.)

don’t monster cables have a lifetime warrantee? If they are having issues, you should be able to get a free replacement.

Which monster cable is it?

If you already paid for it, take it over to guitar center and have them exchange it.

Its pretty much a monster/mogami shootout these days. I’ve eventually had problems wear and tear or noise problems with both companies.

don’t monster cables have a lifetime warrantee? If they are having issues, you should be able to get a free replacement.

Their website says 1-year warranty, and these are well past that. Purchase receipt also required, which I no longer have either.

Edit: I misspoke-- I misread the website. Cables do come with a lifetime warranty except for one type (an 8 pin type, not an instrument cable). However the warranty is only against manufacturing defects, and I would guess that wear and tear would not qualify. And again, I don’t have the receipt so I’m out of luck there. Hell, I don’t even remember where I bought them, was probably online somewhere…

Which monster cable is it?

If you already paid for it, take it over to guitar center and have them exchange it.

The text printed on the cable sheath says Monster Prolink - Monster Classic. The jack has a red stripe. Checking the Monster website, these are their least expensive model, listing at US$17.95, so my recollection of around $20 seems right. Same as above though, no receipt, so I don’t think I have any recourse for return/replace.

Well, I got Googly with it and found this nice recent roundup: 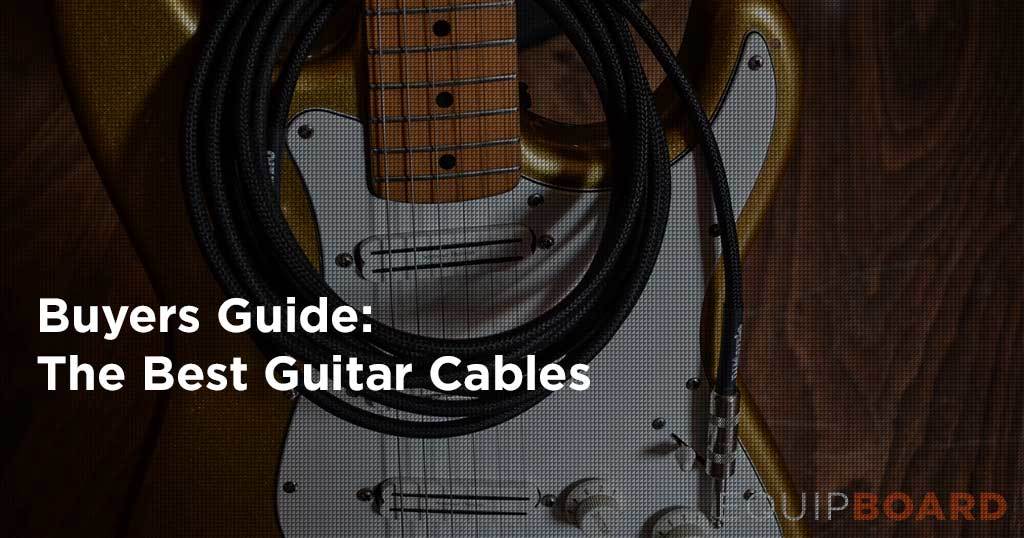 Which guitar cable should I buy? Do expensive cables really sound better? You've got questions, we've got answers. We show you the Top 7 Guitar Cables...

Still interested in personal experience from folks here, though.

My understanding is that the guitar signal thing, high impedance, isn’t affected greatly by cable quality. It either carries the signal without noises or it doesn’t. Cheap cables are more likely to have problems over time, due to construction quality IMO. I have cheap cables I have had for 20+ years that still work just fine, and one of those Monster cables that looks really cool.

Probably your belief in what the best cable is will sound best to your ears.

After all, we humans are highly swayed by confirmation bias.

My understanding is that the guitar signal thing, high impedance, isn’t affected greatly by cable quality.

It’s the other way around. Low impedance isn’t really affected by quality as much. A high impedance cable without good shielding makes a great antenna and will pick up all sorts of junk.

What I’m looking for is faithful reproduction and reliability-- that’s really it. I reckon that cables above dirt-cheap will be very similar in terms of “tone”; I just don’t want any more crackles and pops while I’m recording and for that condition to last more than just a couple years.

Planet waves cables are perfectly fine cables, so are Fender branded cables, you should be able to get those just about anywhere.
Any decent cable should last forever, the trick is in storing it properly. Properly maintained cable should lay flat on the ground.

Well, the good news is that’s exactly how I roll my cables… they hang on the brackets of my amp stand when not in use after being rolled that way. The only time they’re not like that is when I’m actively using them…

Well, in my experience…just buy a new one and take care of it. A cable is a simple device. There’s no benefit to expensive trendy-name instrument cables. Or hell, get a kit and make your own.

I gig all the time…I use the same cables every time. No problem. They’re like “Live Wire” Guitar Center brand or something. I roll them up properly and don’t stomp all over them on stage. I lose them more than I break them. My current set of live cables is maybe like 6 or 7 years old. Hundreds of rowdy rock and roll gigs. No problem.

In the studio, one of my cables is over 20 years old. I got it at Rockin Robinin Houston back in the early 90s. It still says Rockin Robin on it. It’s old. It’s still giving me quiet, perfect operation.

Again, care and respectful use is the key to any cable. And when you’re careful any cable will do.

Sounds good Greg! Might be that the pair I have (I bought them at the same time) is just lemony. I get a lot of crackle sometimes, and have to fiddle with the cable where it joins the jack to get it to go away. As for making my own, see the OP… I just don’t have the tools or space to do that.

Hopefully whatever I get next (which won’t be the cheapest available option as were these first two) will sort me out.

My understanding is that the guitar signal thing, high impedance, isn’t affected greatly by cable quality.

It’s the other way around. Low impedance isn’t really affected by quality as much. A high impedance cable without good shielding makes a great antenna and will pick up all sorts of junk.

Ah yes, there is that. I did have problems years ago with picking up the local radio station on the amp speaker.

That hasn’t happened in a long time. I guess I eventually bought better cables than whatever I had to start with.

I get a lot of crackle sometimes, and have to fiddle with the cable where it joins the jack to get it to go away.

Hmmm, are you sure it isn’t the guitar jack then? That can easily happen too. I have had problems in the past with several guitars, and in fact right now my Rickenbacker bass is pissing me off because of it. The cable doesn’t matter in that case, the cable won’t sit right in the guitar jack if something is off in the jack. It could be the positioning of the jack tension arm (?), a bad solder joint, or wiring problem. Try different cables with different guitars and see if you can isolate the problem very clearly. Pretend it’s a space shuttle and I’m sure you will do fine.

Hmmm, are you sure it isn’t the guitar jack then?

If so, then all the jacks on my four (now five, as of today) electric instruments are faulty… logic dictates that it’s the cables and not the instruments.

Like Stan and a few others, I also have at least one or two guitar or mic cables that are over 20 years old and they’re still doing fine. Many of them have been used for heavy gigging and have probably been stepped on, and tripped on quite a few times but I always handle my cables very gently before and after gigs, as well as in recording situations.

I don’t have any expensive cables. Most of mine were priced around $20 for 15 ft of cable when I bought them. I think Monster cables are sensationally over-hyped. I’ve heard those things are really good and are supposed to last forever.

My two cents here - buy a half decent soldering iron and teach yourself to solder. I’ve been making my own wires since the early 90’s. I make my own XLR’s, guitar and speaker cables. You can customise the lengths, and if you bulk buy plugs you end up saving 1000’s of euros / dollars / pounds over the years.

My two cents here - buy a half decent soldering iron and teach yourself to solder. I’ve been making my own wires since the early 90’s. I make my own XLR’s, guitar and speaker cables. You can customise the lengths, and if you bulk buy plugs you end up saving 1000’s of euros / dollars / pounds over the years.

As I indicated in the OP, that’s not an option. I have no workspace where I could do this. I’ve done a fair amount of soldering in my time in the lab over the years, and I really suck at it. Not worth the time (of which I have VERY little) and frustration even if I did have the space. I just need two cables for use here at home-- I don’t gig or ever take a cable outside the music room. So a couple of excellent-quality cables that have the lifetime warranties, of which there are plenty on the market, will probably last the rest of my life!

Oops - actually missed that part(!). To be fair I don’t have a workplace or expensive equipment. I have a soldering iron and I use scissors and my wife’s eyebrow tweezers. I set up the soldering iron on my dining table with some place mats to protect the table surface. I cut and strip wires with the scissors and hold everything in place with blu-tak (poster tak).

I’ve always found that broken / damaged / cheap cables will let you down precisely at the moment you need them the most.

No way in hell my wife would agree to me doing soldering indoors, for any reason whatsoever. And here in the Houston area, where for nine months out of the year it is a bloody sauna where it basically never gets below 80F/27C (it simply does not cool off), with highs in the mid-90s F/mid-30s C, coupled with 80+ percent relative humidity, sitting in a garage is also a disgusting experience. Two minutes of that and you are drenched head to toe with sweat and covered in mosquitoes.

I’ve been using cheap Hosa cables that are like $8 on Amazon. They sound as good as any other cable I’ve used and I don’t think I’ve had one fail yet, disappeared maybe, but not fail. All cables fail eventually though and it’s always good to have backups. If I can get 2-5 years out of a cable I’m happy.