90% off The Orchestral Bundle from Aria Sounds (VSTBuzz)

I get VSTBuzz deals in my inbox and usually pass, but this one is tempting because I don’t have an orchestral library, and would like one. And it’s cheap! (Doesn’t come with brass though.) Anyone tried their stuff before?

Hmm. Looks interesting. If the more experienced members here give their thumbs up, I’m going to strike on this deal. lol

I do have their ethnic woodwinds. I do like them a lot actually, though I haven’t actually used them in anything yet. They sound great though.

I have heard (though haven’t confirmed, so it’s just hearsay) that their string section libraries are set up in a way that all articulations are on separate patches. I know some people like to work this way, but I don’t think I could handle working on a string library without keyswitches.

for $100, you should definitely get a lot of use out of it. If you are trying to do full orchestral arrangements, I’m sure eventually you will hit it’s limitations and wish you had something better. But the same thing can be said about pretty much every library I own. I think you’ll have a hard time finding something in this price range that will compete in terms of features.

I don’t know anything about the Aria Sounds Bundle, but I do know that audio libraries can be a real pain. They are very expensive, they take up a lot of room so you have to have a top level computer, and getting a good sound can be real complicated.

I have the East West Composer Cloud. I’m not sure I’d recommend it, except when you look at some of the problems and prices associated with libraries in general it might work for you. It is subscription based and depending on which plan you choose you can turn the subscription on and off, which can work well. It has thousands (10,000 supposedly) of instruments and many of them are very good. It’s $30 a month, so it’s easy to test it. A few years ago it was one of the top libraries but the newer (and more expensive ones) have forced EW to try the subscription thing. So FWIW

If you haven’t already, you might want to check out this site, dedicated to virtual instruments, here are some of their comments on the Aria series.

And here’s their “Guide to Orchestral VST’s”

I just bought this. Haven’t tried it out yet, but I dug around and found a few reviews/demos and was impressed by the sound. I have this song I’m working on right now that needs a cello, and the Tina Guo one I just bought is too like, expressive and showy for it. (Go figure, haha.) The demo I heard of this solo cello sounded perfect for what I need here.

I have heard (though haven’t confirmed, so it’s just hearsay) that their string section libraries are set up in a way that all articulations are on separate patches. I know some people like to work this way, but I don’t think I could handle working on a string library without keyswitches.

It’s actually pretty straight forward to set up your own multi-instrument in Kontakt with the different articulations controlled by key switches. At least from the tutorial I saw, anyway. I’ll probably give it a try with these, because that aspect bothered me too at first.

Oh my gosh, this cracks me up. Well, I’d rather the libraries be good than the download/install experience… but damn. 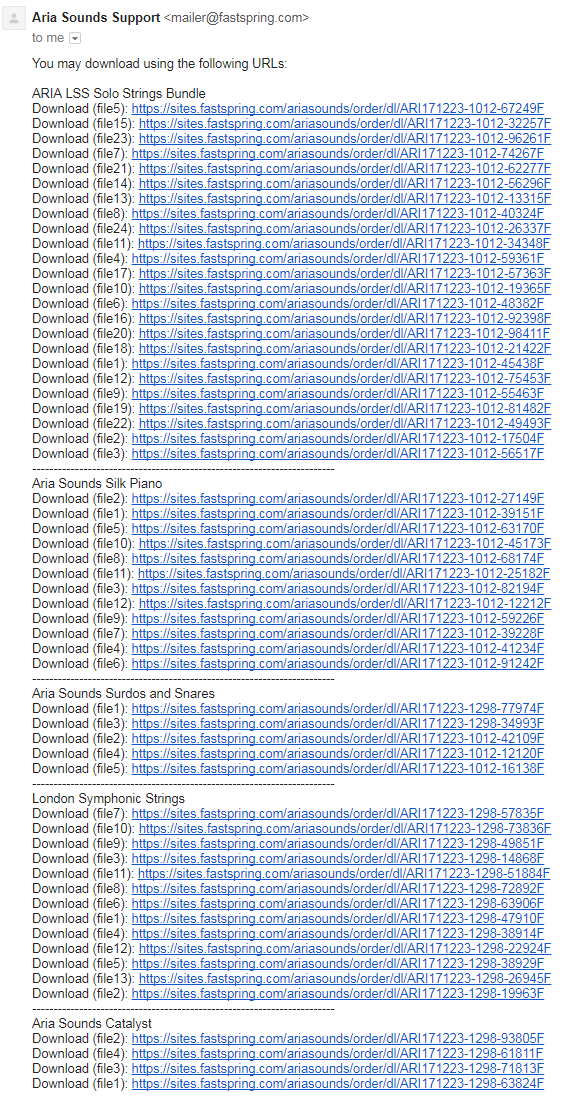 Holy monkey in a negligee eating peanut butter spread by the nipples of Moses passed onto the chest of Jesus Christ!